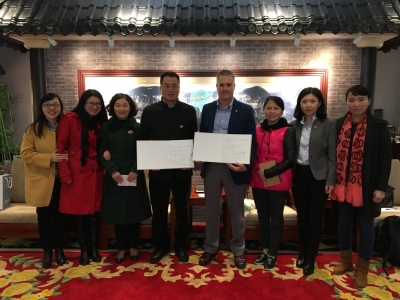 On November 11th 2016, the Sudbury Catholic District School Board had the pleasure of visiting Chongqing #37 Secondary School in China. We visited a class, the grounds, the bridge of success and had the privilege of witnessing the morning daily physical activity.

This school offers a high quality education to over 4,000 students from grades 7 to 12. Hopefully, some of the staff from the school will come to Sudbury to visit our schools and to discuss the possibility of a “sister” school partnership in the future. The school celebrated it’s 60th anniversary in 2015 and we are convinced that it will continue to grow in the next 60 years thanks to its dedicated and competent staff, as well as its visionary leadership.

View the photo album of our visit. 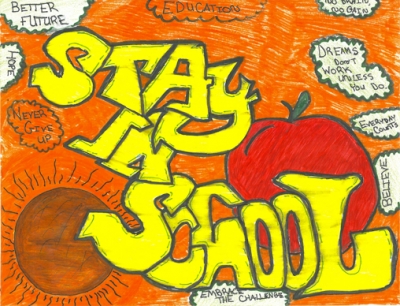 October was Attendance Awareness Month at Sudbury Catholic Schools and the Attendance Counsellors held a poster contest. In order to engage students from FDK to Grade 12, the poster contest promoted the importance of regular school attendance. It was a huge success with 447 students participating.

Congratulations to this year’s winners!

All winners received gift cards and the 1st place winners will have their posters used in this years school board attendance campaign to promote regular school attendance. 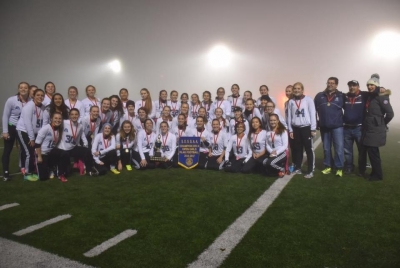 Head Coach Dan Bartolucci couldn’t be more pleased with the mental and emotional strength of all the players during an overtime period that lasted nearly 40 minutes. After trading offensive possessions a number times and nearly scoring on a couple of occasions, running back, and Grade 12 veteran Allison Byrnes ran in for the touchdown and sealed the 22nd consecutive win and sixth consecutive city championship for Marymount.

“What these girls have achieved is pretty much unbelievable. That’s back to back undefeated seasons for Marymount flag football. In eight games this season we had only 8 points scored against us and six games where our defense did not allow a single point. Jason Weiler has done an amazing job teaching these girls how to play defense, and in return, the girls have rewarded us by leaving everything out on the field. As stressful as it was on the sidelines, I’m glad this was a defensive battle. Our team rallies around the defensive and to see what they were able to do against a very strong Confederation team was incredibly fun to watch.”

Marymount’s victory came under a layer of dense fog. The bench could not see the stands and then fans could not see the bench. For many in attendance, it was the roar of the players on the field that confirmed Byrnes got into the end zone. Go Regals Go!!!